EU Heads of State or Government have been invited to debate the future of Europe with the European Commission and Members of the European Parliament (MEPs) in the EP Plenary. 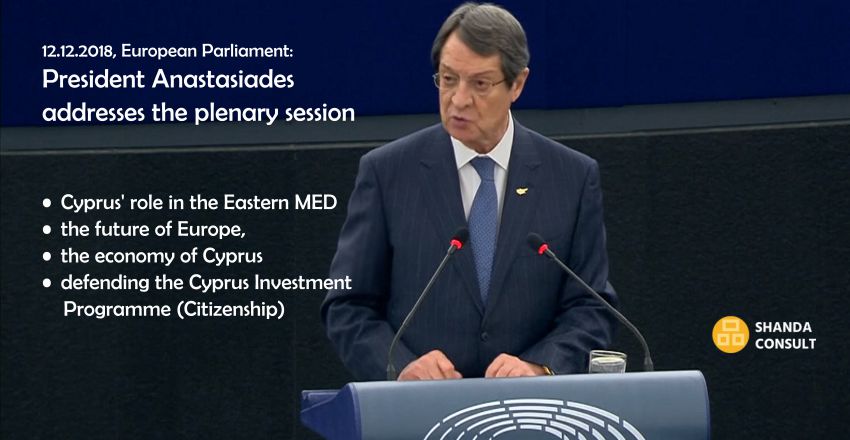 Despite the terror act in Strasbourg on Tuesday (11 Dec 2018), the President of the Republic of Cyprus, Nicos Anastasiades, addressed the plenary session of the European Parliament yesterday (13 Dec 2018).

Anastasiades focused on the common market, the multiannual financial framework, the defence planning of the EU, the reunification efforts of Cyprus, and on the issue of refugees. Measured in relation to the population, Cyprus hosts the largest number of refugees in the EU.

President Anastasiades stressed that only 4.700 Cyprus citizenships have been granted through the Cyprus Investment Programme during the last year, representing only 0,3% of the total number of citizenships granted by all other EU member states during the last five years.

More information on our website: The Cyprus Investment Programme