If business and work is what LinkedIn stands for and if “life” is important for recreation needed to be productive at work, “life” is an inextricable part of our lives and important here on LinkedIn as well.

And Pétanque, or ‘boules’, the national fun sport of South France with its roots in ancient Greek times, is perfect for that! It’s sport, it’s socialising, it’s recreational and a lot of fun! 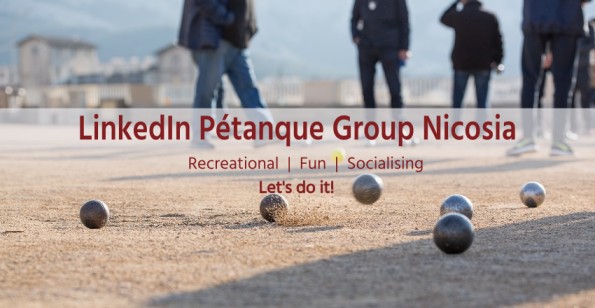 Why creating this group?

To be clear from the beginning: This initiative has nothing to do with my company Shanda Consult or any other company.

This private initiative is purely driven by my idea to socialise, to move a bit (yes, it’s sport, but on the light side), to take participants off the screen (the one where you are looking at right now), to enlarge our (real life) social network, and to have fun together.

No stress, no obligation to always attend if you have something else to do, are absent or just don’t feel to roll the bowl (the ‘boule’; see above photo).

Don’t forget: Socialising and fun is an important part of Pétanque. People in France (and elsewhere) use to meet for some games of Pétanque, having, chats (talking business is allowed, of course), drinking a wine or, as in South France, the ‘Milk of Marseille’, that’s Pastis with water and ice cubes.

If you get caught by Pétanque and want to take it to serious levels, there are even Pétanque tournaments in Cyprus.

Participation is free, of course! Other than that, participants

When and where will we meet?

Well, that’s up to what we decide. To give the whole thing a kind of structure, I think to have gatherings twice per week, one on Sunday mornings at 9, for example (because it’s getting hot later), and one at a weekday at 6 in the evening, perhaps Wednesday? Nobody must participate on both days, although I am quite sure that you will!

The answer to the “where” depends on where we find suitable plain areas to play. Pétanque can be played almost everywhere, but

So, what is Pétanque, and how is it played?

Don’t worry, I will explain the rules, again and again.

Pétanque is a play where each player has three iron bowls or balls, ‘boule’ in French. Then there is a small wooden ball called ‘jack’ or ‘butt’ or ‘piglet’ in French (‘cochonnet’). The first player throws the jack about six to ten meters away and then makes the first throw with his or her boule.

After the first players first throw, it’s the second player’s turn. He of she tries to throw the boule closer to the jack than the first player. And it goes on like that.

Pétanque may be played by single players competing with each other, or by competing teams of two or three persons. The teams decide themselves which of their members will throw the boule, no rules for that.

When each player’s or team’s three boules have been thrown, one game is over. Everybody comes together then and discusses whose boule is closest to the jack, or measures, or it is obvious anyway.

The player or team whose boule is closest to the jack is the winner! He or she or the team will get one score for this closest boule plus one more score for each of his or her or that team’s additional boules that are closer to the jack than any of the boules of any competitor. So, the winner’s possible score is always between one and three.

Then the next game starts in the same way as described above. Each following game is started by the loser of the previous game.

The match is over when the first player or team reaches 13 scores.

How long does that take? Well, that depends on the number of participants and how long teams need to discuss their strategy before each throw. 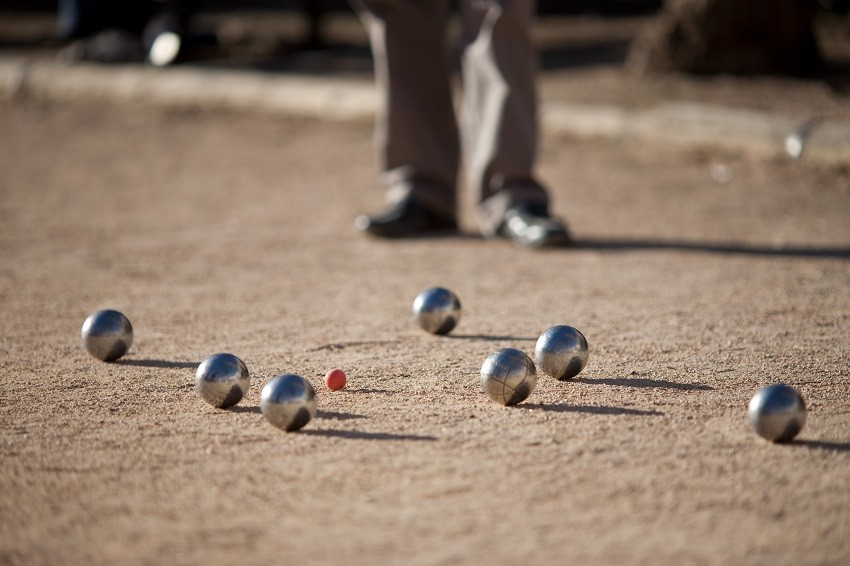 There is plenty of reason for socialising and fun. First of all, you are all together and engage with each other, be it as competitor or be it as team members. Secondly, over the time you will develop your own strategies, which need to ne discussed in teams, of course. Then, after each game, you will have to discuss (or to negotiate?) whose boule is closest to the jack, whose boule is second and so on. And after each game, you may also feel the need to discuss the ups and downs and the pros and cons of each game that you just finished. If the players decide to have a little break and to sip something for refreshment, yet another way of socialising.

You will forget all your little troubles and will forget work. You will only want to be better during the next game or match. 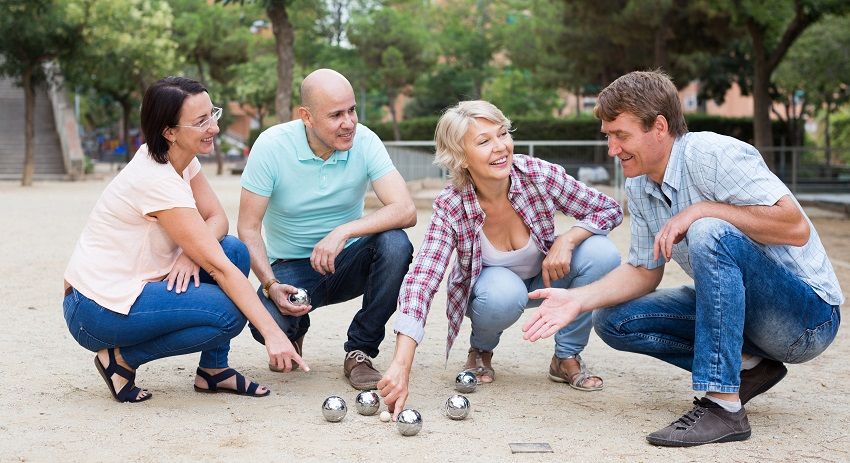 Next, if you feel ready or can’t wait to be in, send me an email through the form below or a private message on LinkedIn. We will then discuss when and where to meet for the first time.

Keep in mind, parks will be open from this Friday, 21st of May. Gathering up to 10 people are allowed. Should we be more, we’ll split in two groups.