Last year in September the Cypriot cabinet has approved a new filming scheme, which was created with the aim to attract overseas filming companies to shoot their films in Cyprus.

The new filming scheme was developed by the Unit of administrative Reform of the Presidency in cooperation with the Cyprus Investment Promotion Agency (CIPA) and the Ministry of Finance.

The new scheme entered into force recently with the creation of the Online Platform ‘Film in Cyprus’. 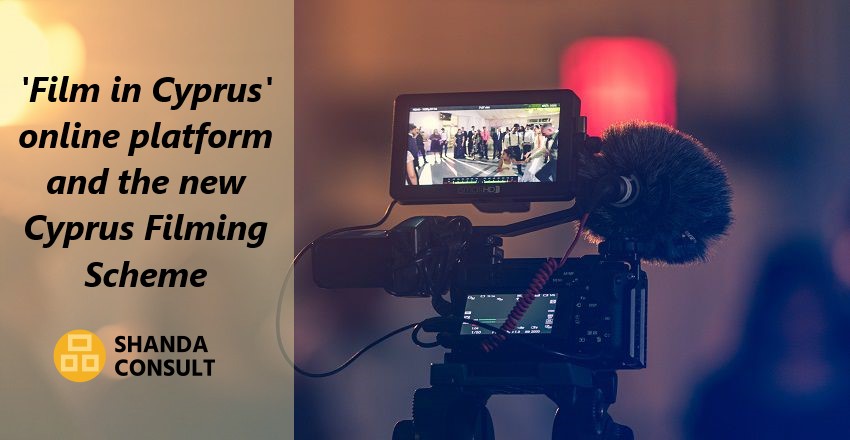 The Online Platform was introduced by Cyprus Invest (CIPA) on the 11th of September 2018 in Nicosia. CIPA is the responsible body for examining the applications and the chairs the Committee for the Evaluation of the Filming Scheme.

Through the online platform interested filming companies can submit their application to participate.

On the ‘Film in Cyprus’ online platform visitors can find information regarding the competitive advantages to film in Cyprus, film industry professionals (overseas and Cypriot), ideal filming locations that can be used for shooting in Cyprus and a list of local professionals for cooperation.

The new Cyprus filming scheme provides, both Cypriot and overseas producers with a number of incentives, cash rebates, tax credits, discounts on investments made in infrastructure and equipment and VAT returns on expenditure.

The proposals will be evaluated based on a specific cultural criterion, which was established for this purpose.

Production companies can be granted a cash rebate of up to 35% on eligible expenditures incurred in Cyprus. In order to be eligible for a cash rebate applicant must satisfy certain criteria, which shall ensure that the aid promotes the Cypriot or European world culture.  The amount of cash rebate depends on the score of the film at the cultural test.

Production companies can choose tax credits as an alternative to cash rebates, offering a reduction of applicable corporate tax liability of the company. The maximum aid shall represent 35% of the eligible expenditure made in Cyprus. The amount of reduction depends on the score of the film at the cultural test.

Small and medium-sized companies investing in film production infrastructure and technological equipment are entitled to deduct the amount invested from their taxable income.

The investment in technological equipment shall remain in Cyprus at least for 5 years.

Qualifying film categories within the framework of the Scheme:

The English translation of the Scheme can be found online under: Cyprus Filming Scheme

The Cyprus film commission is chaired by CIPA, who is the responsible body for examining the applications and the first point of contact for the interested parties. CIPA will also provide support in obtaining permits, importing and exporting equipment and dealing with the relevant local authorities and ministries.

The Cyprus Film Commission is a four-member committee consisting of representatives of Ministries and Organizations which are approved by the Competent Authority. The current members are: