Going public on NASDAQ or NYSE, raising capital for acquisitions, participating in gains

SPACs – For Investing in Acquisitions, or IPO Capital Raising

The setup phase of a SPAC provides remarkable profit perspectives for smaller investors (called “SPAC sponsors”, investment approx. US$ 5 to 15 million and more, depending on the IPO target amount), often ranging at an annual level of 25% during the first two years.

Please click the below image to view our SPAC presentation. 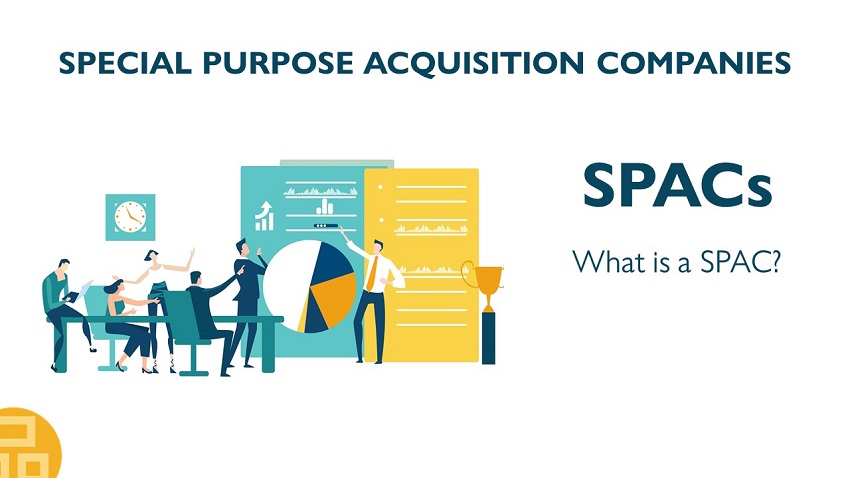 A Special Purpose Acquisition Company (SPAC) is a company for the purpose of raising so-called blind pool capital from the market through an IPO, aiming to acquire operating businesses, assets, intellectual property and/or technology, generally within a max. period of 24 months.

Typically, SPACs aim at raising US$100 – 500 million and more, usually from constitutional investors such as pension funds etc. The capital raising goal of a SPAC depends on the specific investment strategy and goals, often defined for a specific industry, technology, or company/ies to be acquired.

Other than the investment strategy and goals, a well selected team of well-known and proven managers of a SPAC are an important factor of motivation for investors during the IPO.

One of the reasons for the higher popularity of SPACs in the US is the better legal protection of investors, who do not pay their investments to the SPAC, but to an escrow account, from where the eventual acquisitions will be financed. Managers of a SPAC are not allowed to receive salaries or remunerations until the capital raised during the IPO has been invested as per the SPAC’s pre-defined strategy.

By realising planned acquisitions, the SPAC becomes a holding, holding the acquired assets.

Brief SPAC introduction of SPACs (new, Feb 2020)
“What is a SPAC?  What are the advantages of SPACs?   What do we do and why people prefer us!

Our SPACs currently in the making, available for Sponsor participation, updated February 2020:

What we can do for you

Your SPAC idea and concept

Shanda Consult and its partner network can advise you on the business structuring of a SPAC and to introduce you and your SPAC idea and concept to the right parties, including I-Bankers Securities Incorporated in New York as financial advisors and underwriters for the eventual IPO.

Interested to setup up a SPAC or to invest as a sponsor?

Should you be interested in getting involved as a sponsor of an SPAC, we will be happy to present you “ready-made” SPAC concepts from various industries, which top-class management teams ready and post-IPO investment strategy and specific goals defined.

Important note:
Shanda Consult is not offering and/or providing investment advisory services in the sense of regulated investment advisory services as per respective EU Directives and their implementation into national law of EU Member States. Instead, Shanda Consult offers SPAC Project Management services and consults regarding the general principles of US SPACs and their business structuring. Any investment, legal and financial advice that may become necessary for possible sponsors and investors at advanced stages will be provided by the network partners of Shanda Consult.