Faster and less costly than getting listed and floating own IPO

Please read more about SPACs and our SPAC services on our dedicated SPACs website.

Growing a company usually means the need to attract fresh capital. A Special Purpose Acquisition Company (SPAC) isn’t a new way to reach public markets, but it is seeing a resurgence in its popularity.

Although interest rates are near all-time lows, most private companies aren’t going to be able to access the debt markets on favorable terms. Even larger debt offerings from the blue chips have hit a wall, and while this may be resolved over the coming months, companies that want to find new sources of investment will need to think creatively.

See how we may assist companies to merge with the right SPAC, on our dedicated website. 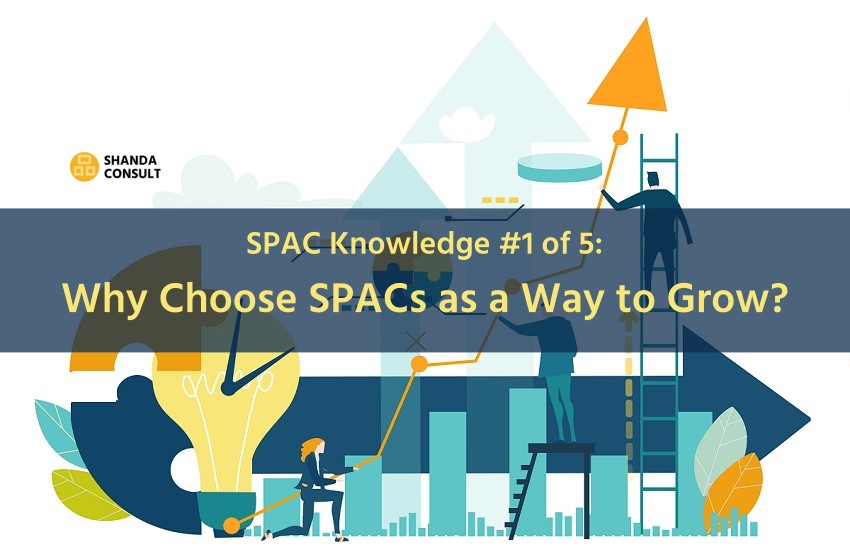 In addition to a choppy debt market, the outlook for IPOs over the coming year isn’t great. Failed IPOs make everyone in the market nervous about backing a new company, given the amount of work involved in taking a company public via a sale of equity in the traditional sense. Not only is a failed IPO expensive, but it is also a PR nightmare.

Special Purpose Acquisition Companies (SPACs) address the needs of a growing business and have become extremely popular over the last two years. Unlike debt or IPOs, a SPAC can help a business attract badly needed capital, with few risks attached to the company that is on the receiving end of the capital.

As the name suggests, a SPAC is a company that is created for a very specific purpose.

In general, a SPAC will be publicly listed (for example, on the NASDAQ), it will have a limited time to buy another company, and it will be formed by a simple process. After the SPAC’s sponsors provide the initial funding for the company, it is approved for listing on a public exchange by the SEC, and there is an IPO process that allows the company to raise further capital from large investors.

Institutional investors buy shares in the SPAC during the IPO, and the proceeds are deposited in a trust account to earn interest. SPACs always come with capital, which makes buying a private company and taking it public much easier than a traditional IPO, which needs to be funded via the public markets.

A SPAC isn’t an investment trust, and the shareholders have a lot of control over where their capital is invested. SPACs were first popular in the 1980s, but over the last few years, they have become a popular way to do big deals.

The risks to both the investors and the company that is receiving the money are lower than a traditional IPO, and the overall cost to do the deal is also far more reasonable. There is also no way for the deal to fall through because of a lack of interest by the public, as the SPAC will have the funding for a deal from the beginning of its existence.

Last year Sir Richard Branson used a SPAC to take Virgin Galactic Holdings Inc. public via a reverse merger. A similar arrangement was used to take Blackstone-controlled Vivint public, in a deal that was valued at more than $5 billion USD. SPACs are back, and they are being used for high-profile deals by some of the biggest names in business.

SPACs are generally created for a very specific purpose. In practical terms, this means that the investors who buy up the SPAC’s shares in the IPO have money to invest, and they want to make a deal. For a small company that wants to grow, this is a perfect way to gain exposure to well-connected investment firms, as well as fresh funding sources.

SPACs are easy to use, and offer everyone involved advantages

over other forms of public fundraising.

Unlike a traditional IPO, there is no rush to do a deal when using a SPAC. It is true that most SPACs have to make an acquisition within a two-year timeframe, but there is no need to ‘hit the market’ at the right time. The SPAC is funded during its own IPO process, which is where the majority of its capital generally comes from.

The funds that will be used to acquire your company are already in an account and can be used when all the details are worked out, and both sides are happy with the deal. A SPAC can also issue equity, or take on debt if needed.

In addition to being a less volatile way to take your company public, using a SPAC allows your company to craft a deal that works for everyone involved. The threshold for taking a company public via a SPAC is USD$50 Million in the US, which isn’t a high barrier in today’s marketplace.

A SPAC also allows investors to buy a few small companies, and create a new company that leverages the assets of all the people involved. Founders can be compensated with cash, shares, or warrants in the SPAC, which makes it a great way to monetize a private company.

When a company is acquired by a SPAC, it is normal for the SPAC to put at least one former director on the board of the publicly traded company that is the end result of the SPAC, and this can be expanded to as many people as the team feels is necessary.

A SPAC will likely have a much easier time raising capital

when compared to a small, private company.

As a publicly traded company, a SPAC can issue additional shares to fund a larger acquisition or pay down the debt of a target company. It can also issue warrants, which can be used to help a company’s owners monetize their company without diluting the shareholders.

There are lots of options with a SPAC, which is probably why more investors are choosing to use them. Not only does the SPAC make taking a company public much easier than a traditional IPO, but it also creates the opportunity to foster new ideas, and combine smaller companies into a form that could create a uniquely competitive entity.

Of course, the goal of a SPAC is to take assets to the public markets. The end result will be a publicly traded company that takes private assets public via a reverse merger. The costs associated with this kind of structure are far lower than an IPO, and as long as both the SPAC and target company are on the same page, there is little chance of a failed merger.

As mentioned above, a SPAC is able to use its assets to pay down the debt of a target company, which would make the newly listed public company far stronger than one that was heavily indebted during the merger process.

The new company would also be totally free of any encumbrances, as the SPAC that took it public was created specifically for that purpose, and has no history to haunt the transaction. With all these advantages, it is easy to see why more investors are turning to SPACs as an acquisition vehicle, and why private companies are so willing to do business with a SPAC.

Together with its associates in Ireland and the US, Shanda Consult is professionally structuring SPACs and provides successful IPO services, mainly at NASDAQ, NYSE.

Brief SPAC introduction of SPACs (new, Feb 2020)
“What is a SPAC?  What are the advantages of SPACs?   What do we do and why people prefer us!

You are welcome to contact us through the contact form below to have a chat what we can do for you.

Our LENUS BIOSCIENCES SPAC focuses on investments in the nanotech medical cannabis industry.

HEIDI, a SPAC focused on the acquisition of promising companies with forward-looking technologies and a track-record in energy production or distribution.

Important note:
Shanda Consult is not offering and/or providing investment advisory services in the sense of regulated investment advisory services as per respective EU Directives and their implementation into national law of EU Member States. Instead, Shanda Consult offers SPAC Project Management services and consults regarding the general principles of US SPACs and their business structuring. Any investment, legal and financial advice that may become necessary for possible sponsors and investors at advanced stages will be provided by the network partners of Shanda Consult.