As from 1 January 2021, Cyprus will apply the “Principal Purpose Rule” (PPT) and the “Limitation of Benefit Clause (LoB; simplified or detailed) in respect of tax treatment of related to cross-border profit transfers. In short; if a Cyprus company’s principle (or main) purpose is solely to benefit from tax advantages and a Cyprus company cannot proof its operational residency in Cyprus, it will not be able to benefit from certain tax advantages or exemptions, such as, for example, the exemption from withholding tax. 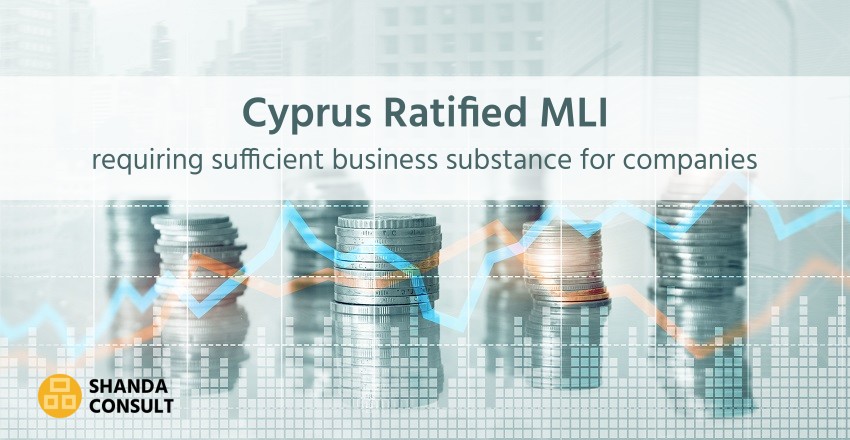 The new rules are based of the OECD’s BEPS Action 6 (Preventing the Granting of Treaty Benefits in Inappropriate Circumstances). The legal basis for the implementation of these rules is Cyprus’ ratification of the “Multilateral Convention to Implement Tax Treaty Related Measures to Prevent Base Erosion and Profit Shifting”, shortly Multilateral Instrument (MLI), which has been published in the Official Gazette of the Republic in Greek and English on 22 January 2020.

The Principle Purpose Test (PPT) is a test to be applied by the Tax Authorities of Cyprus, aiming to find out whether the sole or main purpose of a company with non-resident shareholders is to benefit from tax advantages in Cyprus. If the test returns a positive result, meaning that a company’s purpose is solely or mainly indeed to benefit from tax advantages in Cyprus, certain tax advantages and exemptions will not apply. Thus includes, for example, the exemption of withholding tax when a Cyprus company transfers dividends to its non-resident shareholders, and it includes applicable tax exemption when a Cyprus company receives income such as dividends, interest or royalties from abroad.

The Limitation of Benefit Clause (LoB) provides for a qualifying company (Cyprus company with non-resident shareholders) to proof that it is established in Cyprus as a resident company. Resident company in this sense does not only mean to be a tax-resident company but being resident with its operations, operational infrastructure and business considerations. Business considerations do not necessarily need to be an interest in the local market to sell products. Business considerations may, for example, also be the benefit from available qualifying labour at lower costs than in the country of a Cyprus company’s shareholders. The IT and software industry in Cyprus is a good example. Cyprus offers well educated IT and software specialists on the entry, medium and upper medium level, typically at substantial lower labour costs than in Europe, where it became very difficult to find such specialists at all.

The Tax Authorities of Cyprus may apply either PPT or LoB, or a combination of the two.

For more information and the consequences of the Multilateral Instrument, please contact us through the below form.