Cyprus as a Regional Hub / Gate to the EU

The History of Cyprus as a Commercial Regional Hub

Since more than 3000 years, Cyprus has been an economic hub between the Middle East and North Africa on the one side, and Europe on the other side. 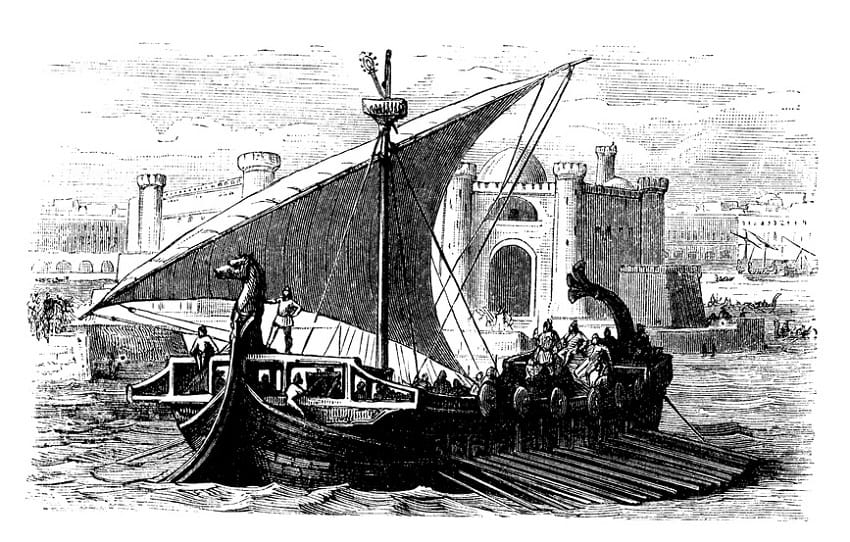 The Phoenicians established trade hubs in Cyprus, at the time of the ten “city kingdoms”. The ancient Egyptians used Cyprus as a trade hub for their commercial interchanges with the Hittites, Phoenicians and other nations of the Eastern Mediterranean. Cyprus was known for its important olive oil production at that time, being a precious commodity for lamps, food and beauty. The Roman Empire further developed the olive oil production, and Cyprus became one of the main suppliers of olive oil for Rome.

During the Byzantine period, Emperor Justinian II agreed with Abd al-Malik ibn Marwan, the famous Umayyad Caliph, to rule Cyprus together, in order to mutually benefit from its central geographical position.

At the end of the last Crusade, Guy Lusignan founded the Frankish Kingdom of Cyprus (1192 – 1489), with Latin, and later French as official language, and Gothic cathedrals. Cyprus became an extremely rich commercial hub, controlling almost the entire trade in both directions between the East and the West.

The Frankish period came to an end with the influence of Venice, which ruled Cyprus from 1489 to 1571, utilising Cyprus as a commercial base for their trade between East and West, and vice versa.

After the rule of Venice, the Ottoman Empire ruled Cyprus 1570 to 1878, when Cyprus became a British colony. Both the Ottomans and the British benefited from Cyprus as a commercial hub.

Cyprus as a Business Hub Today

Cyprus is independent since the foundation of the Republic of Cyprus in 1960. Yet today, Cyprus benefits from its central location in the Eastern Mediterranean, being the most Eastern EU Member, closed to the Middle East and North Africa. Cyprus attracts both companies from Middle East and from Europe, as well as the USA, which chose Cyprus as regional headquarters. Recently, Chinese companies started to set up Cyprus Companies and bringing in their own staff.

Companies from the USA and Europe prefer Cyprus as a business location, or a business hub, to oversee and to manage their Middle East and North Africa (MENA) activities.

Some examples of well-known international companies, which benefit from Cyprus as a regional hub, just to name a few:

Cyprus as a Gate to the EU

Companies from the Middle East and from China are mainly benefiting from Cyprus as an “Entrance Gate to the EU”. Such companies are generally managing or operating their business activities in the European Union from Cyprus, taking benefiting from the advantages of Cyprus.

Another group of Middle East and Chinese companies prefer Cyprus to manage their investments in Europe, such as shareholding in medium size or large European industrial companies, or in substantial real estate objects.

Cyprus is not taxing the profit from the disposal of securities in its widest sense, including company shares. Cyprus Companies therefore, do not have to pay tax on profit from the sales of shares, which is an enormous advantage when investors sell their holdings with a profit after sometimes.

What does Cyprus have to offer as a business hub for the MENA region?

Operating a regional hub from Cyprus provides a lot of advantages. One advantage is without any doubt that Cyprus is a very safe place, compared with many MENA countries, and it is a member of the EU, yet close to the MENA region. More advantages are listed below:

Do not hesitate to get in contact with us. We will be happy to assist you with the establishment of your MENA hub in Cyprus!